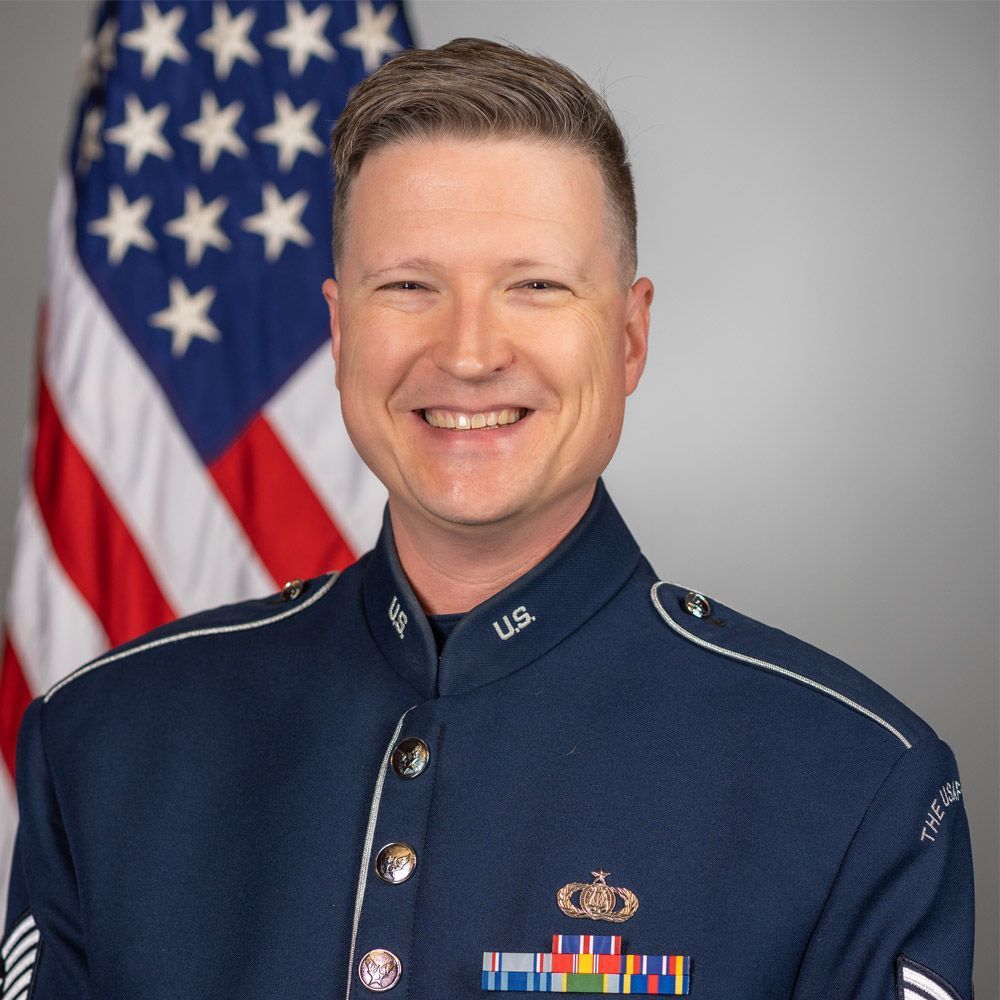 Before joining The United States Air Force, Keese toured with the rock ensemble “The Polyphonic Spree” internationally from 2003-2005. In addition, Keese worked as a local professional musician and trumpet instructor for numerous students in the San Antonio area. He has studied with a number of highly-regarded instructors including Jay Saunders, Michael Stienel, Alan Dean, and John Murphy.

Keese pursued five semesters of study in the Jazz Department at the University of North Texas where he played under the
direction of Mr. Jim Riggs in the Two O’Clock Lab Band. In 2009 Keese earned a bachelor’s degree in Orchestral Performance
from the University of Texas at San Antonio.