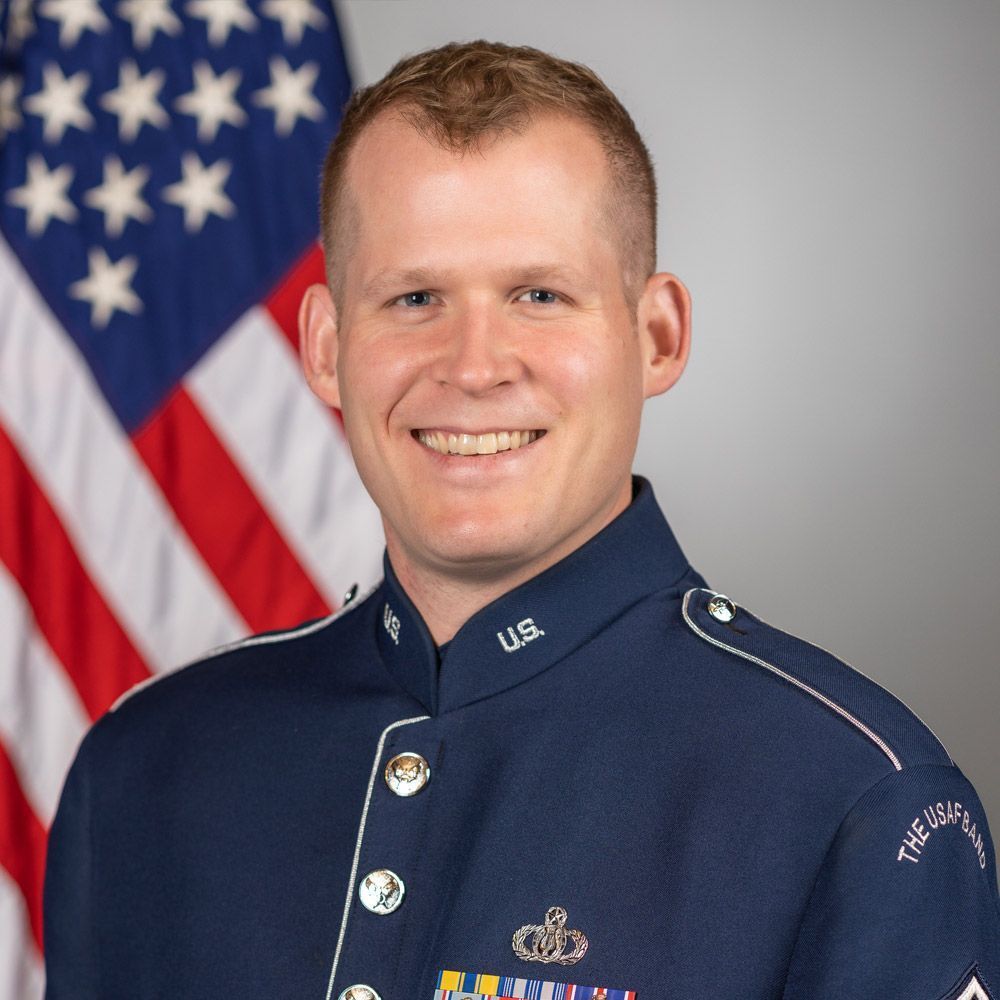 Master Sgt. Lucas Brandon is the music director and trumpeter for the Airmen ofNote, The United States Air Force Band, Joint Base Anacostia-Bolling, Washington,D.C. A native of Philadelphia, Pennsylvania, his Air Force career began in 2013.

Brandon completed his Bachelor of Music degree in jazz trumpet performance fromTemple University in 2010. While there, he studied privately with jazz trumpeter andbandleader Terell Stafford — a mentorship to which he attributes much of hisinterest in big band repertoire and band leadership. In 2012, Brandon was awardedtop honors at the National Trumpet Competition, Jazz Division.