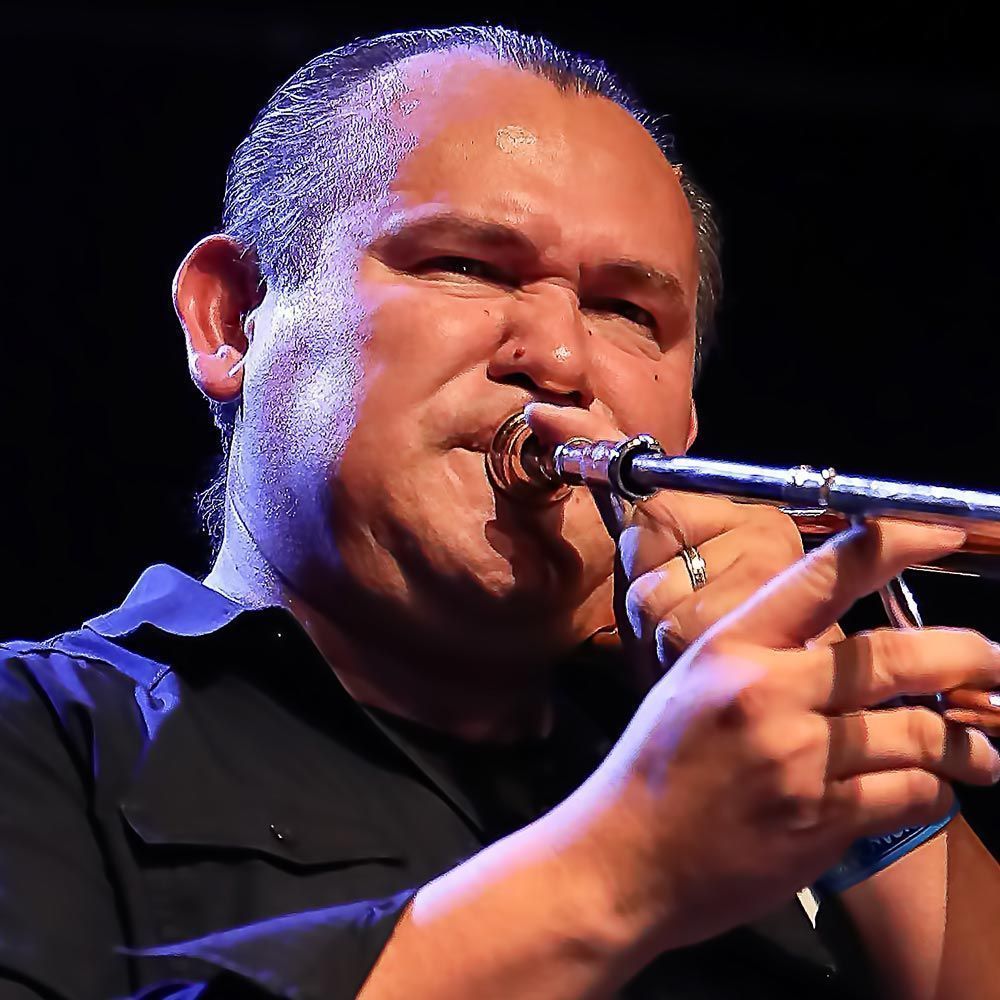 Francisco Torres is a well-respected trombonist, bass trombonist, educator, composer and arranger who hails from the town of Hermosillo, Sonora, Mexico. Born in 1974, Francisco didn’t start his musical training until 15 years old, playing alto saxophone then switching to tuba and euphonium. By accident, he discovered jazz while watching the jazz band practice before school. He was
hooked.

After graduating from high school, he went on to study with Dr. Tony Mazzaferro and Dr. Greg Woll at Fullerton College, where he played in the jazz band, symphonic band and the symphony orchestra. Transferring to Cal State Long Beach, he went on to study with Roy Main and Alex Iles. In a happy coincidence, he is currently the jazz trombone teacher at his alma mater, Cal State Long Beach,
while holding down the same position at Cal State Fullerton.

For 8 seasons he was first call sub with the Dancing With the Stars Orchestra, and has appeared with different artists on the Tonight Show, Saturday Night Live, the Late Late Show, Jimmy Kimmel, American Music Awards, The Grammys and Latin Grammys. Being known primarily as a studio and jazz trombonist, he has also excelled in the field of classical music. He can be heard as trombonist, bass trombonist and valve trombonist on the Pixar films “Coco” and “Incredibles 2”. Some of his most recent films credits are “Little”, “Tagged”, “Secret Life of Pets”, “Ice Age 4”, “Penguins of Madagascar”, and “Straight Out of Compton”. On TV he can be heard on “The Simpsons”, “Family Guy’, “American Dad”, “Penny Dreadful”, “Elena of Avalor”, “Tangled”, “Sofia The First”, and “The Get Down”. He regularly records trombone for orchestra shows and parades for Shanghai Disney, Tokyo Disney, Walt Disney World and Disneyland.