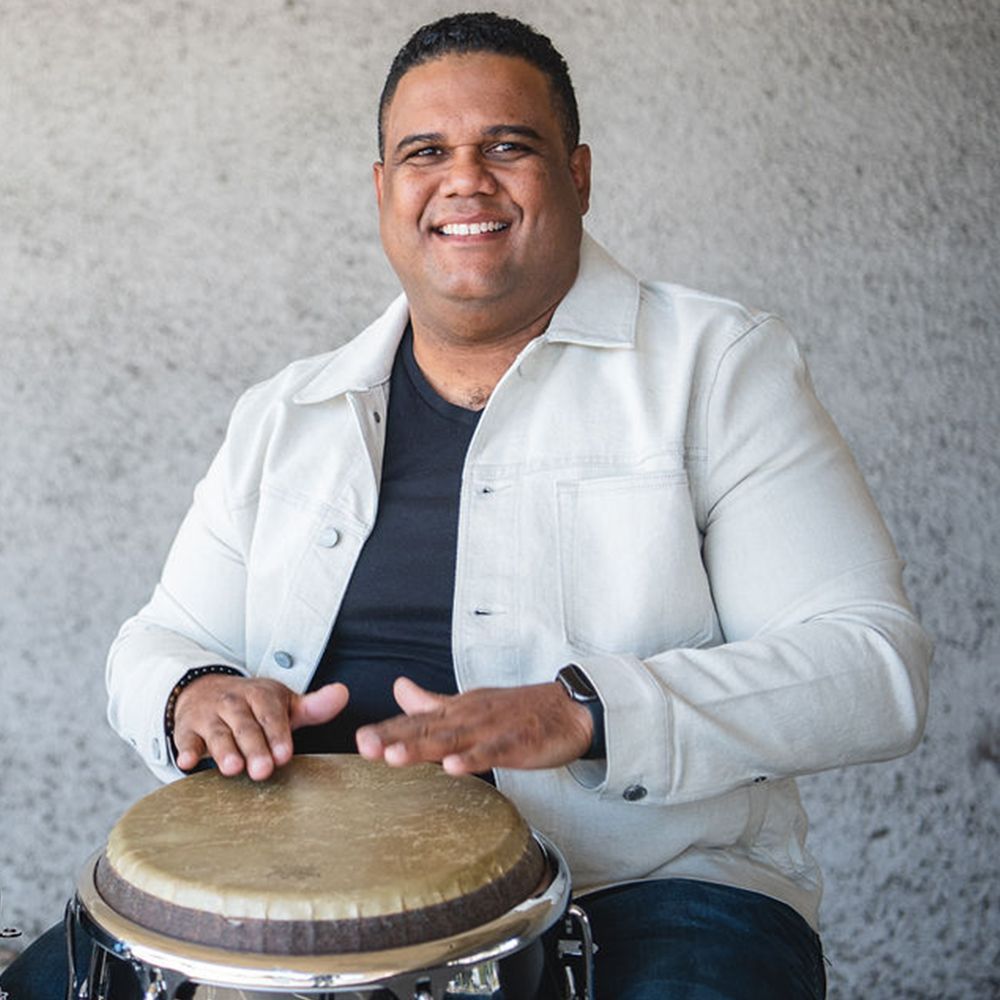 Multi-faceted percussionist, Giancarlo Anderson, was born in Colón Panama.  He has over twenty-five years of experience as a performer in different genres of music with emphasis in Latin and other world music genres.  As a child, he was inspired by the music of Afro-Cuban/Latin Jazz/Salsa pioneers such as Tito Puente, Machito, and Tito Rodriguez among many others; building this into his DNA as a musician.  His passion for the drums then led him to the United States, specifically to New York City.  Anderson continued his musical education at the world-renowned Boys Harbor Conservatory for The Performing Arts, as well as private instruction with some of the most well-known percussionists.

Anderson’s peers in New York City noticed that he was always inspired by the drum.  His soulful playing and passion for his instrument then led immediately to gigs with The Boys Harbor Big Band, Grupo Latin Vibe, the Grammy nominated Manhattan School Of Music Afro-Cuban Jazz Orchestra, and off-Broadway musicals.  Giancarlo has also played at prestigious venues such as Carnegie Hall, Jazz At Lincoln Center among others.  In addition to performance, he is also a strong advocate in mentoring future drummers and continues to teach to this day.  Education always remains a strong part of his life.  Giancarlo is a graduate, with honors, of The Institute Of Audio Research For Music Production & Audio/Recording Engineering in New York City.

Anderson is now based in the Southern California area.  He is currently a member of the multi-Grammy winning Poncho Sanchez Latin Jazz Band.  His path and spirit for the drum has taken him to the top of his craft in music which includes working with artists like Mongorama, Tito Nieves, Jerry Rivera, La India, and Albita, among many others. He looks forward to the future and is open to opportunities in all music genres, commercial jingles, musicals, and soundtrack work.  Giancarlo was recently admitted to Graduate program at California State University, Fullerton in Jazz Performance.