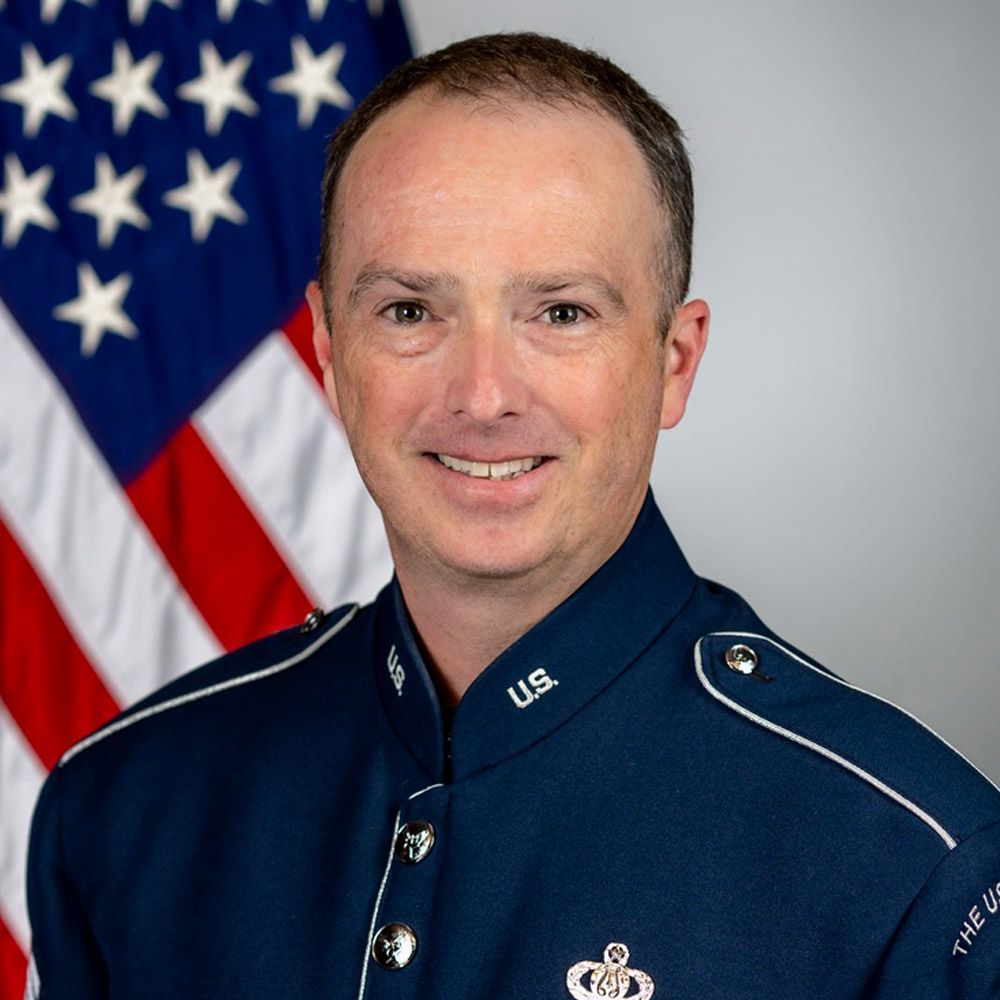 Chief Master Sgt. Brian MacDonald is the lead trumpeter and Flight Chief of TheAirmen of Note, The United States Air Force Band, Joint Base Anacostia-Bolling,Washington, D.C. A native of Fort Lauderdale, Florida, his career in the Air Forcebegan in 1999.

After graduating from Nova High School in 1991, MacDonald began his studies atBroward Community College where he was a member of the InternationalAssociation of Jazz Educators National Community College Jazz Band in 1993 and1995. In 1999, he graduated from the University of Miami with a Bachelor of Musicdegree in performance. MacDonald has performed with the Woody Herman Band,the Maynard Ferguson Band and the Glenn Miller Band. Additionally, he has madenumerous appearances on national television with KC and the Sunshine Band. Histeachers include Jeff Kaye, Gil Johnson, Bobby Shew and Roger Ingram.

While in the military, MacDonald has been featured on the Airmen of Note’s 50thand 60th anniversary concerts, the recreation of the Glenn Miller Orchestra tour toEurope and Turkey, Operation Desert Greetings tour to CENTCOM, and hasperformed at the Detroit, San Jose and Elkhart jazz festivals.