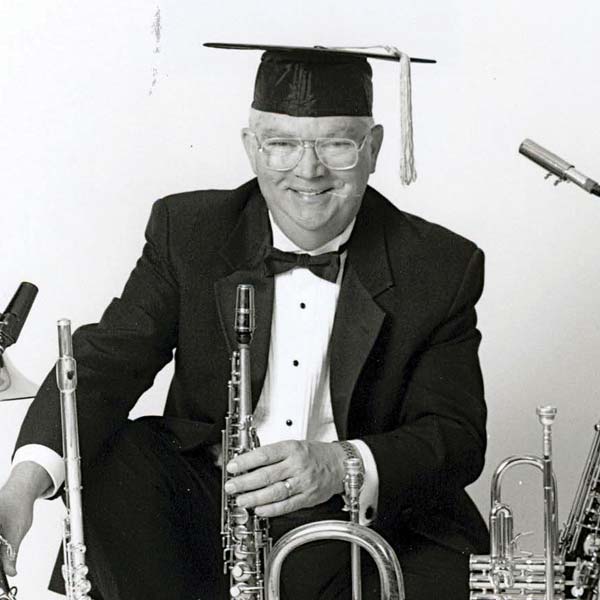 Dr. Bill Prince is a professor emeritus of music at the University of North Florida and holds a Doctor of Musical Arts degree with a major in Theory and Composition from the University of Miami. His compositions and arrangements have been performed and/or recorded by jazz ensembles throughout the United States and Canada. Music has taken him to all 50 states and approximately 75 countries in Europe, the Americas, Africa, Australia and Asia.

One of Bill’s most unique talents is his ability to perform professionally on several instruments including trumpet, flugelhorn, trombone, flute, clarinet, saxophone, piano, and electric bass. He also produced his own CD, Happy Thoughts, on which he composed, arranged and performed all parts. Dr. Bill Prince was inducted into the Jacksonville Jazz Festival Hall of Fame for contribution to jazz education, his legacy as a performer and supporter of jazz in Jacksonville.